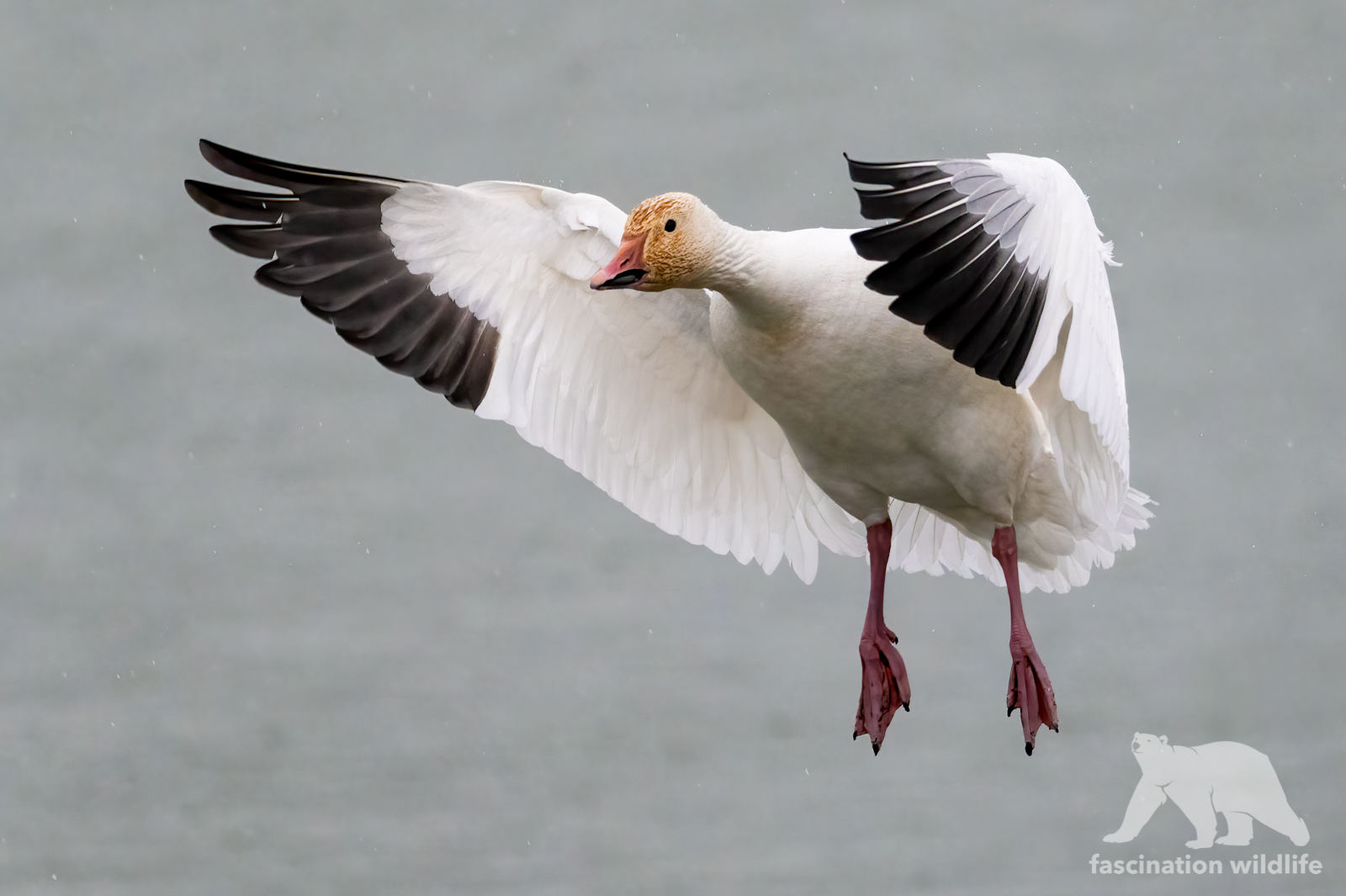 Snow goose inflight during a rainy afternoon in British Columbia. Snow geese breed in the high arctic and the eastern tip of Sibiria. For the winter months they migrate southbound towards southern British Columbia but also as far as northern Mexico. Their main wintering habitats are the gulf coastal plains, the central valley in California and other masrhes and wetlands in the southern states. They migrate in huge flocks with sometimes thousands of birds. Depending where they migrate to, they use different flyaway corridors like the Central Flyway, the Mississippi Flyway, the Pacific Flyway or the Atlantic Flyway. The numbers of snow geese has grown over last years and exceed 5 million birds. For more wildlife of Canada click here.