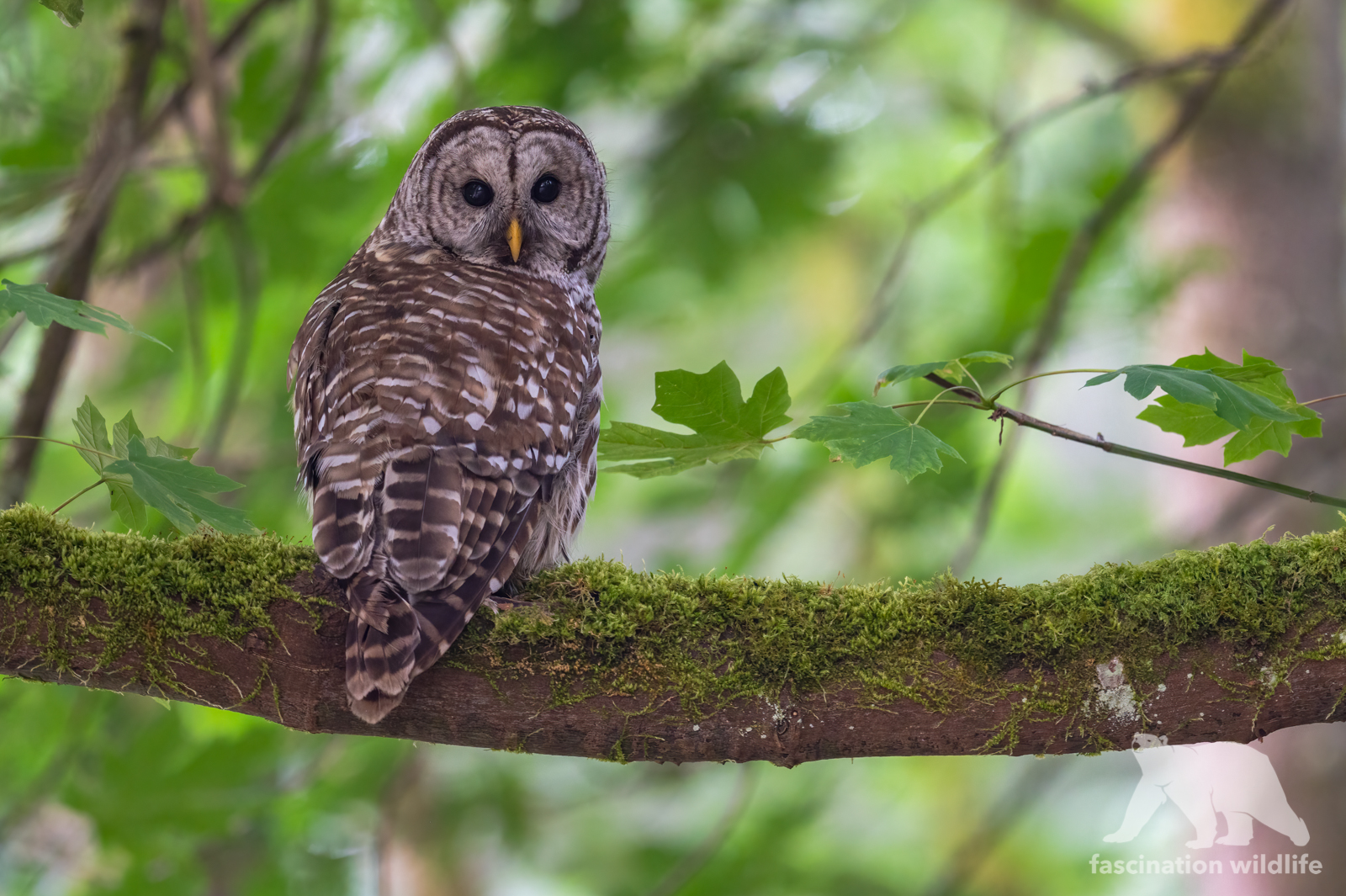 Barred owls are big owls and widely distributed in North America. Native to the eastern part they have expanded their range to the west coast where they are considered as invasive species. In fact they are a serious threat to the endangered northern spotted owls and chase these out of their territories. Barred owls prefer to live in old ancient forests where they have good possibilities to build nesting sites as well as good hunting grounds. As opportunistic hunters they feed on all kinds of rodents, birds and amphibians. They usually hunt from a perch in a short and silent gliding flight. This shot is from my first encounter with a barred owl a couple weeks ago in a rain forest along the coast of Washington. For more owl pictures click here.