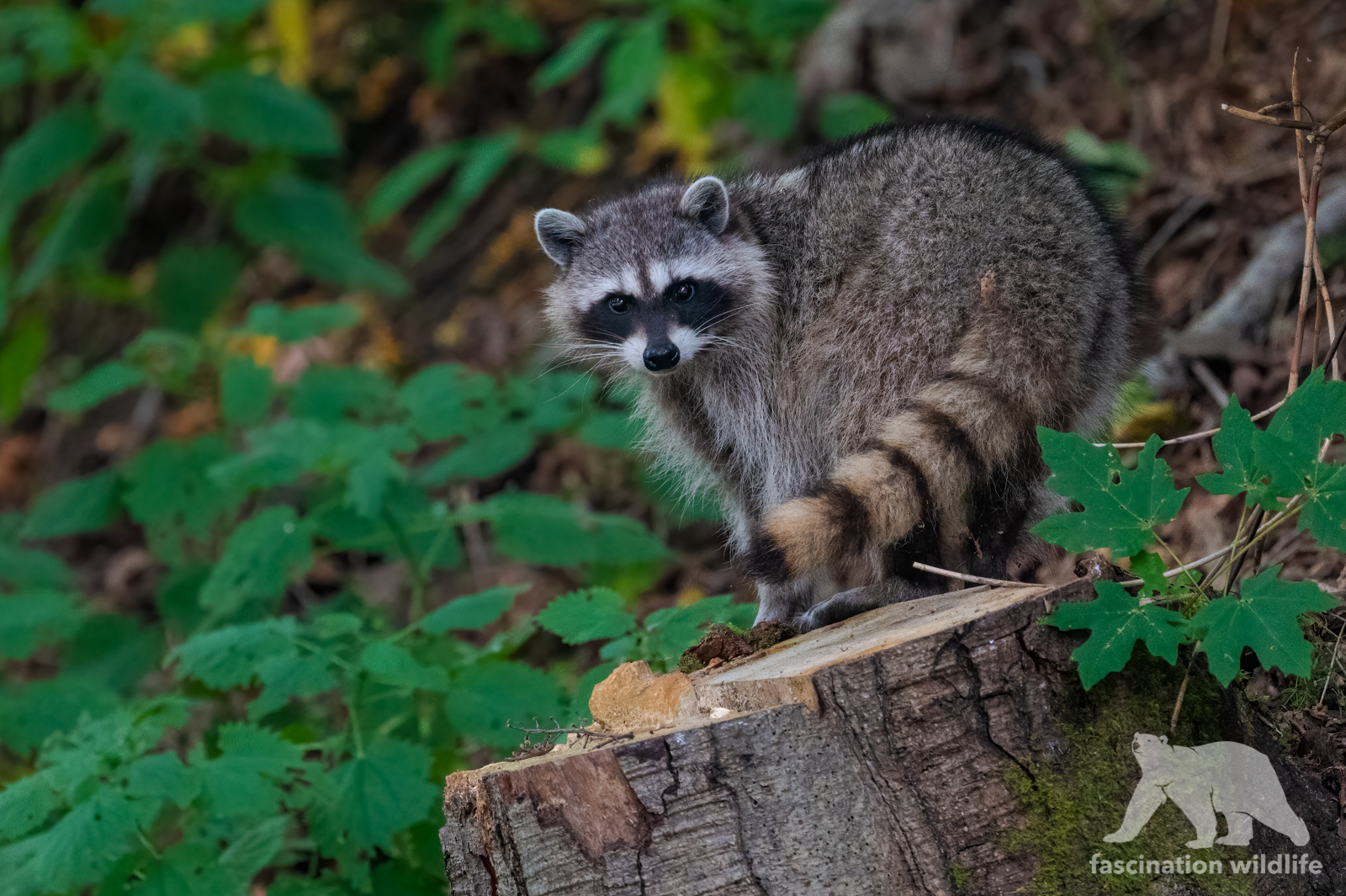 Racoons are quite common in almost all parts of North America. Their natural habitat are light and mixed woodlands with river and creeks. But they are very adaptable and also live in rural areas, where they are sometimes seen as pest. Racoons feed on almost everything, from fruits and vegetables to small mammals, amphibians and fish. During the 20th century racoons were released or escpaped from pelt farms in Germany and without natural predators they increase their numbers rapidly. As they can climb trees and swim they prey on birds nests and cause massive decline of birds in some areas. Due to their nocturnal life hunting brings only a small success. This raccon i captured while hiking in a rainforest at the northwest Pacific coast.