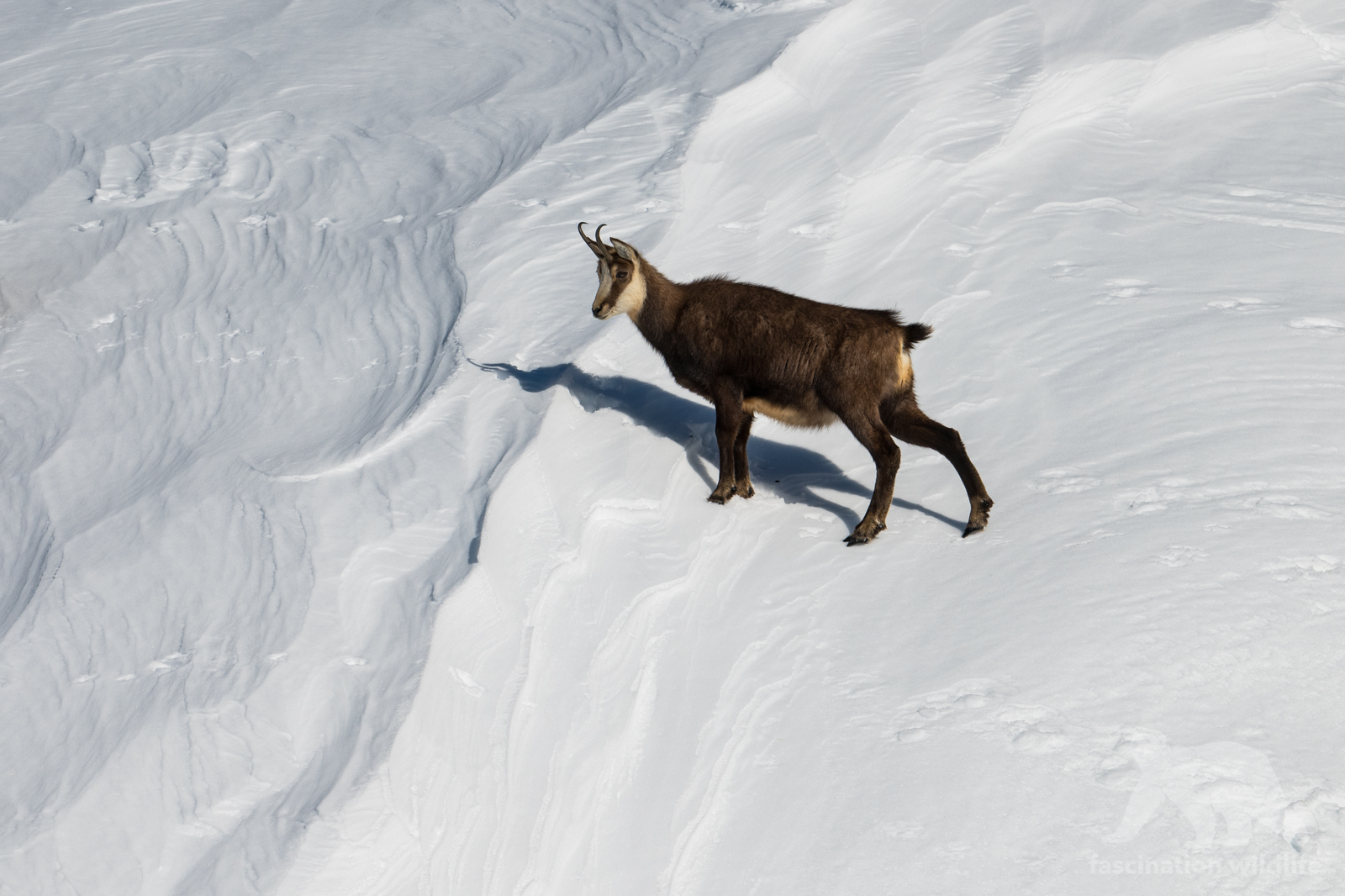 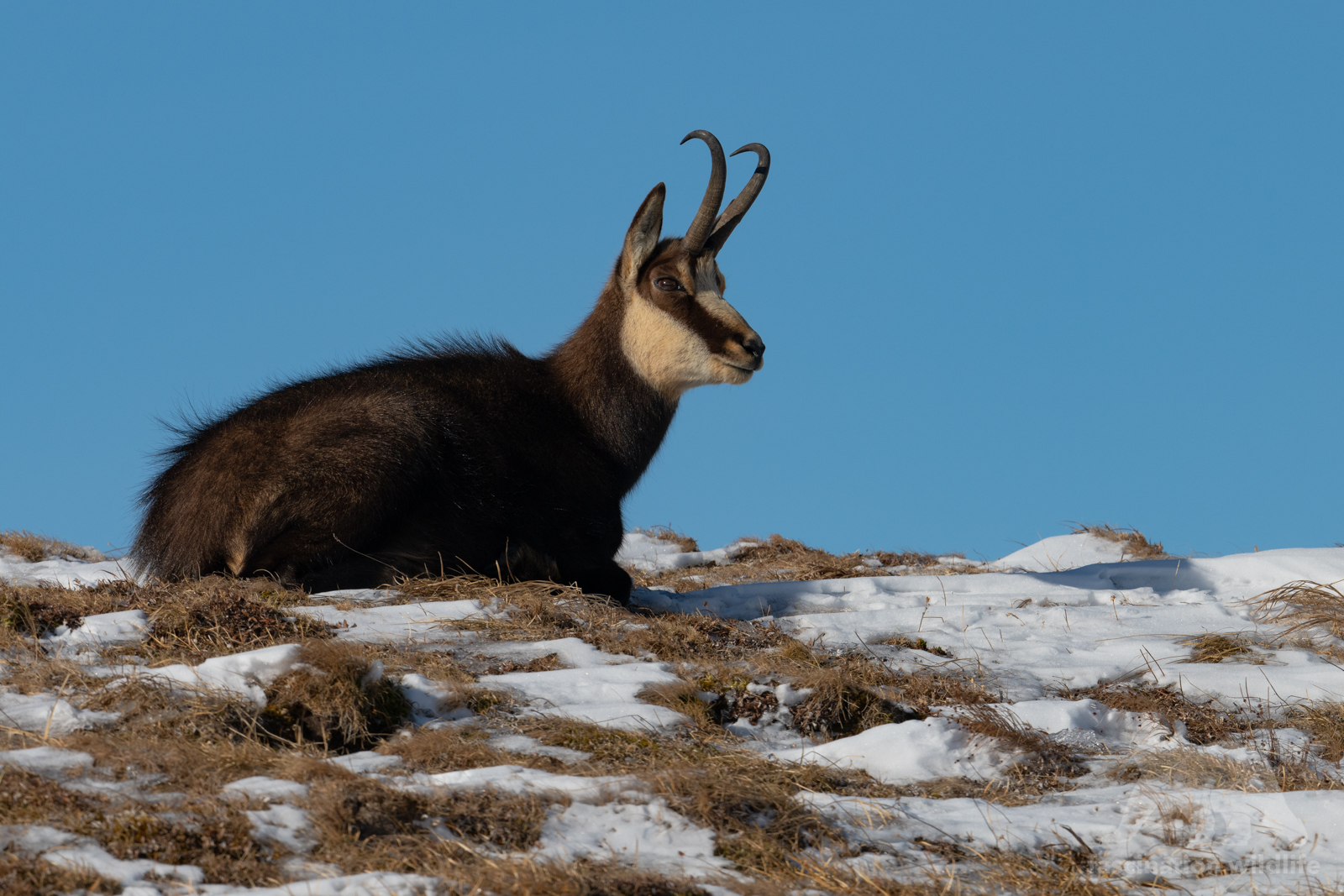 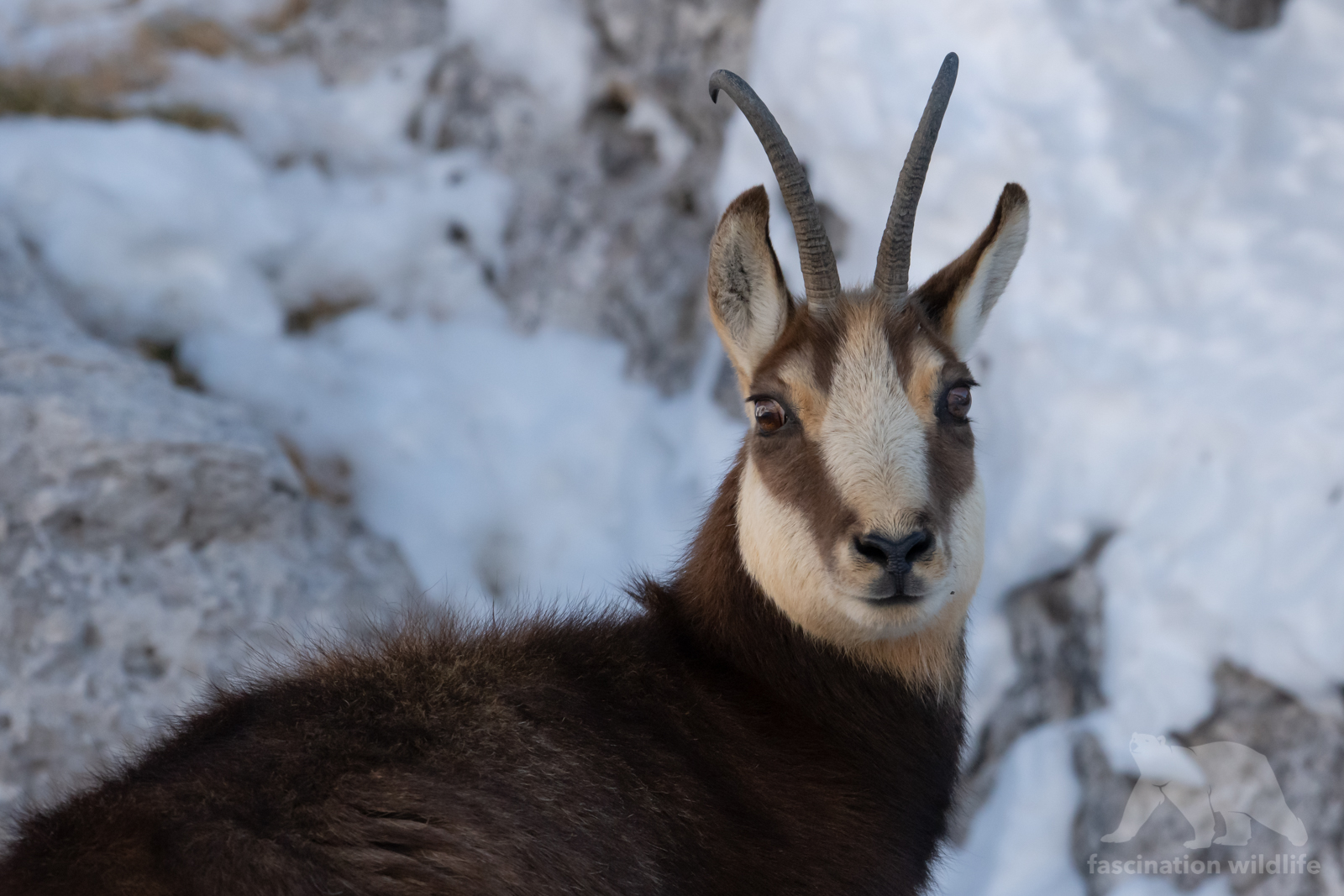 For years i had the idea of photographing a chamois in snow and i got a couple of decent shots last year but still not the ones i wanted. So in February 2019 i was climbing (partially with snow shoes) the mountains of the national park Berchtesgaden in the most southeastern tip of Germany. There were tons of snow and it was one of the most exhausting hikes i’ve ever done. I stayed overnight in a small cottage and the next morning i went further up where the chamois are usually seen. I was not disappointed: There were a many groups of chamois feeding in the morning sun and also some were crossing a large snow field. That was the picture i was hoping for. It was well worth all the effort of climbing through deep snow for many hours.