The grizzly bear is the second largest land predatory animal after the polar bear. Size and weight can vary a lot depending on location and food source, coastal bears are bigger than inland bears as they feed mainly on salmon in fall season. A male coastal grizzly bear can reach 3 meters in lenght (while standing) and weigh up to 500 kg, females are remarkably smaller. From late fall to spring they hibernate in dens in mountain areas. All pictures shown here were taken at the Canadian West Coast at Bute Inlet, British Columbia. 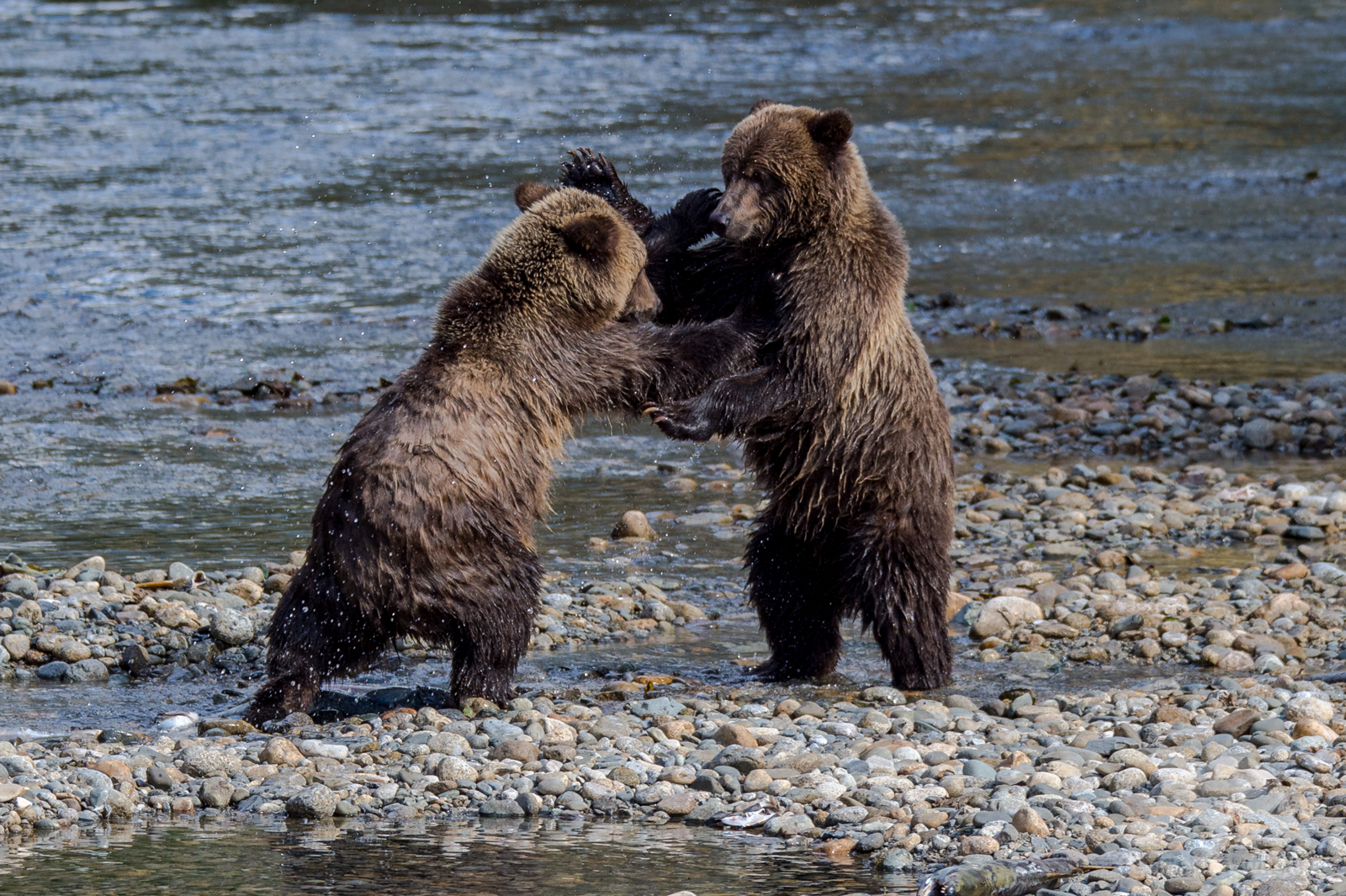 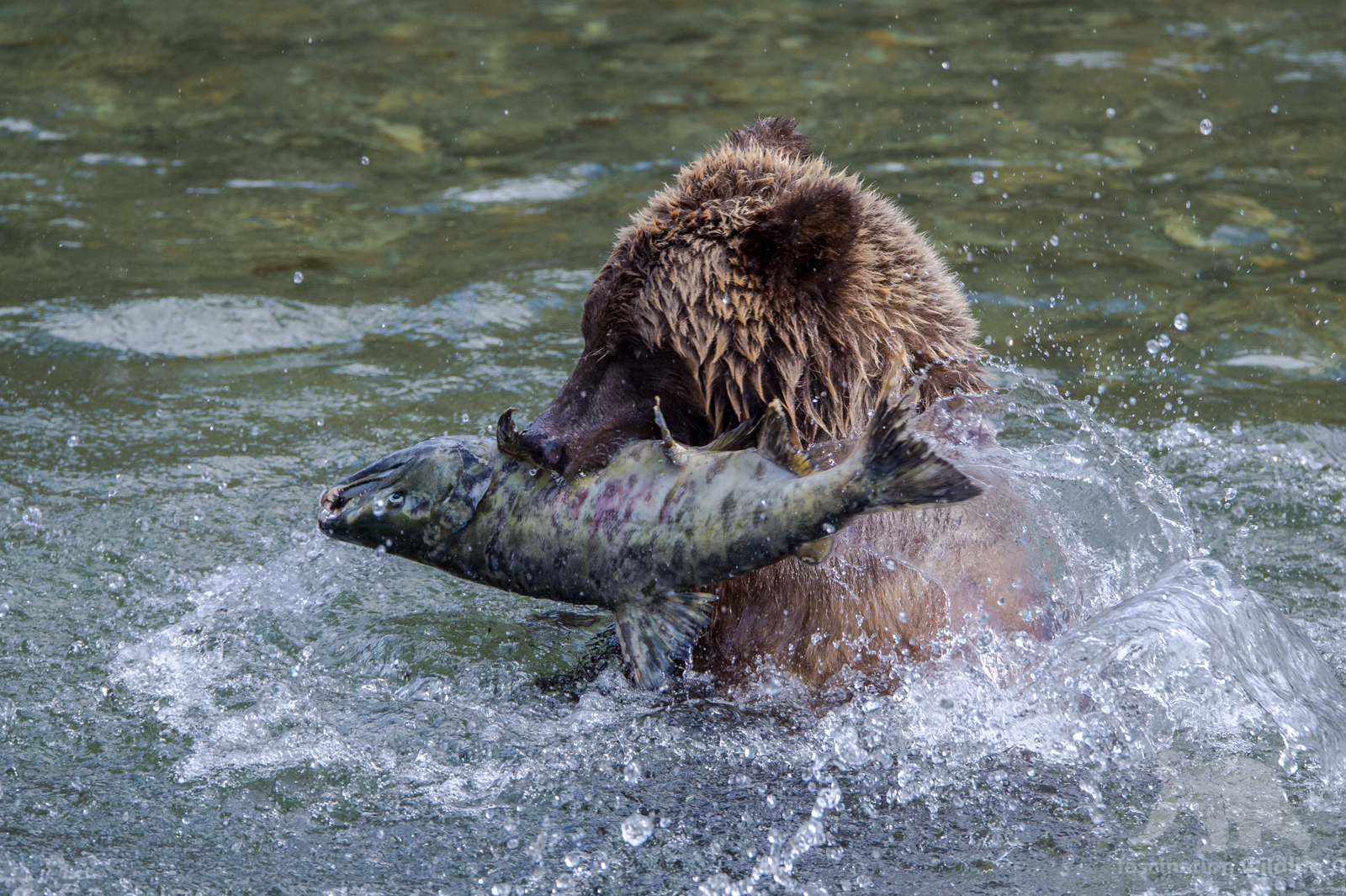 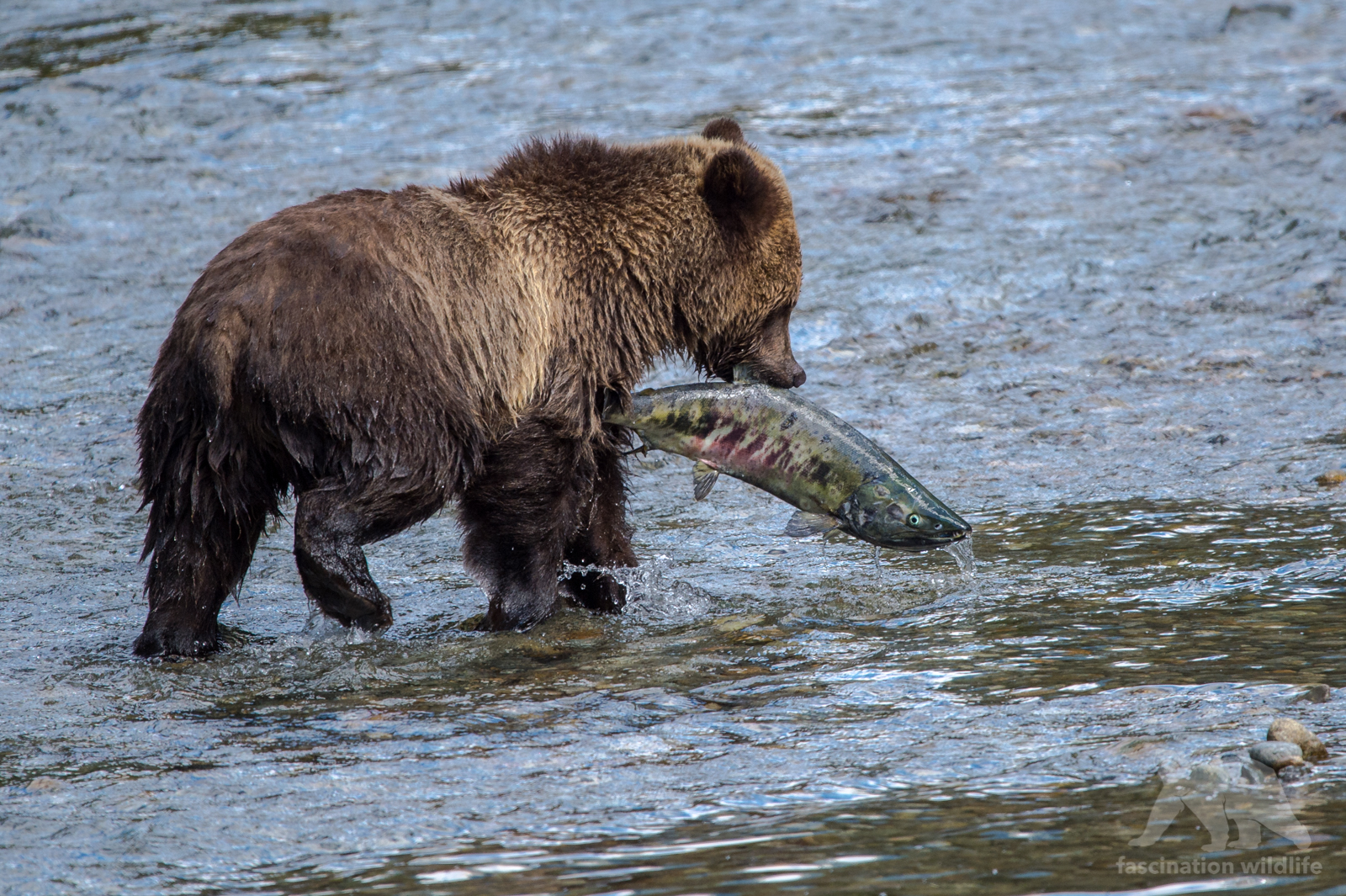 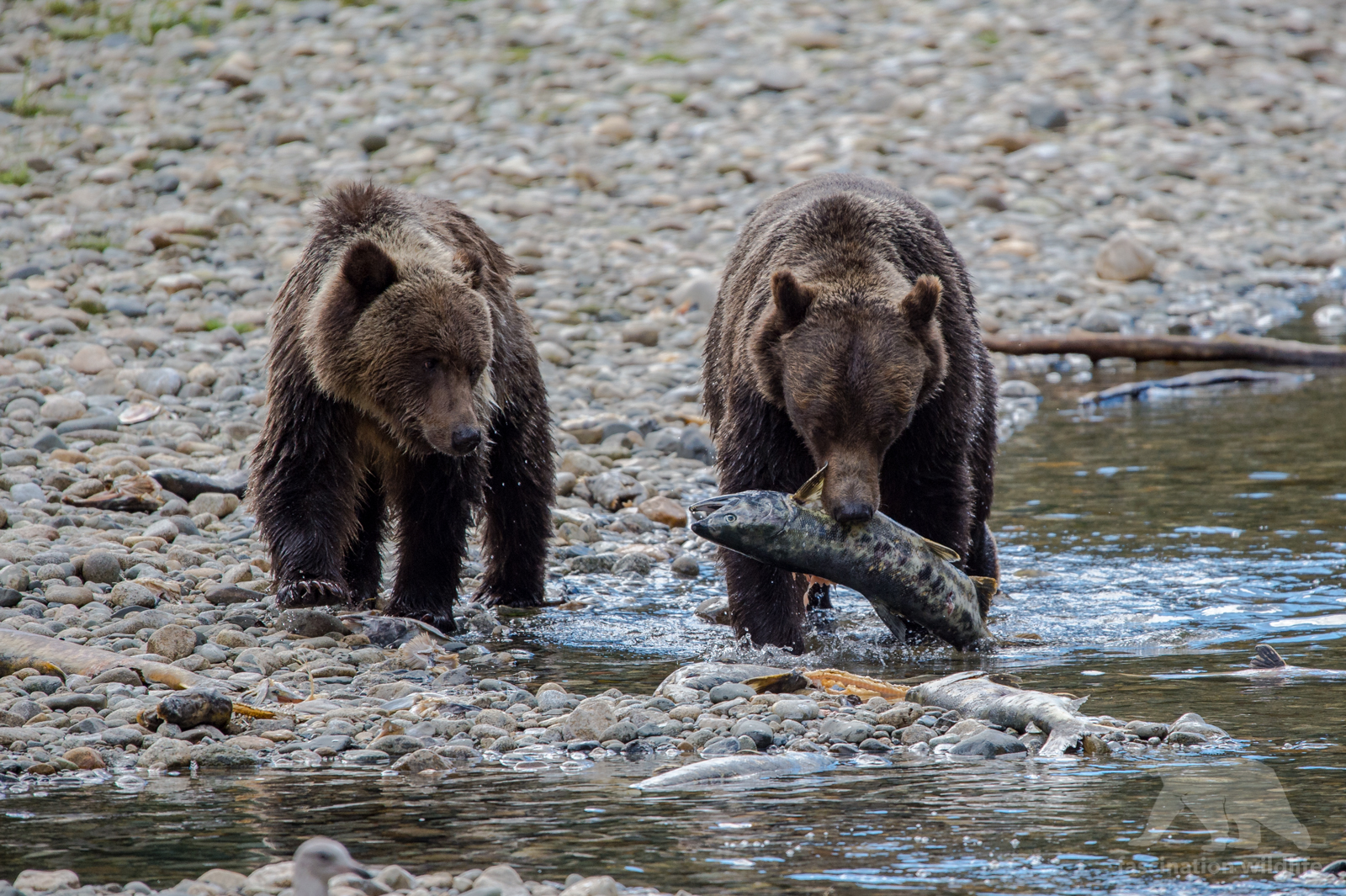 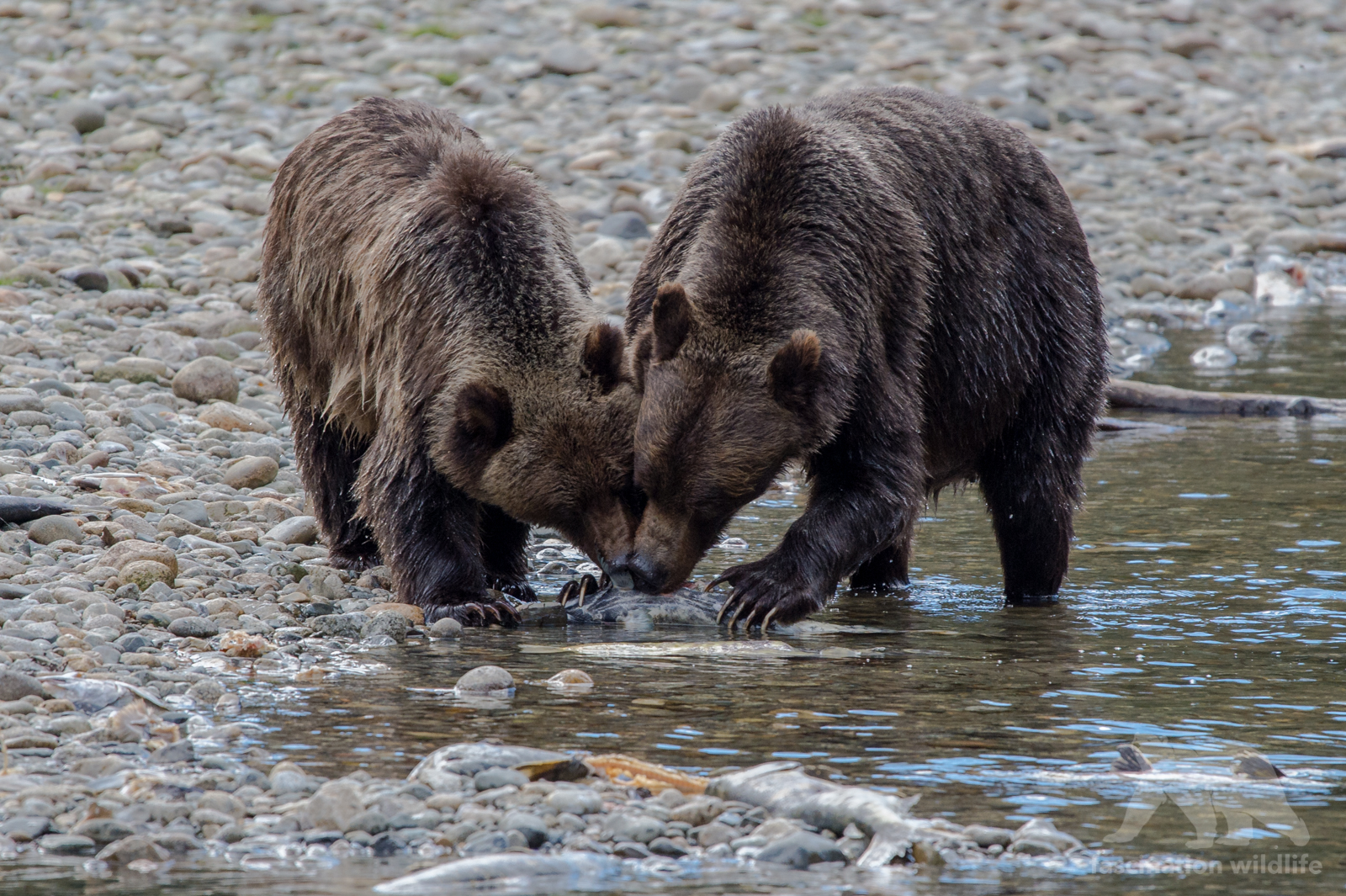 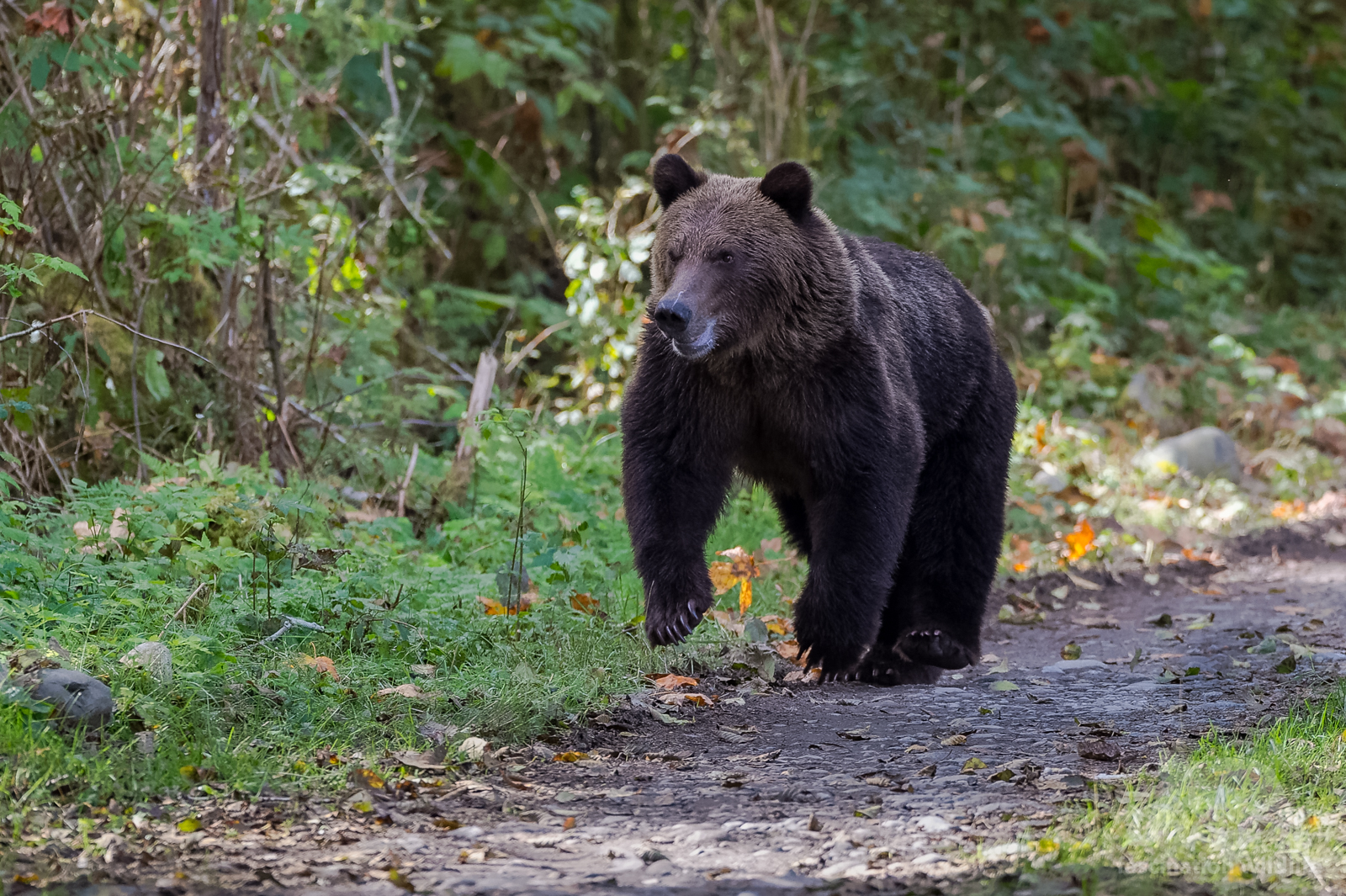 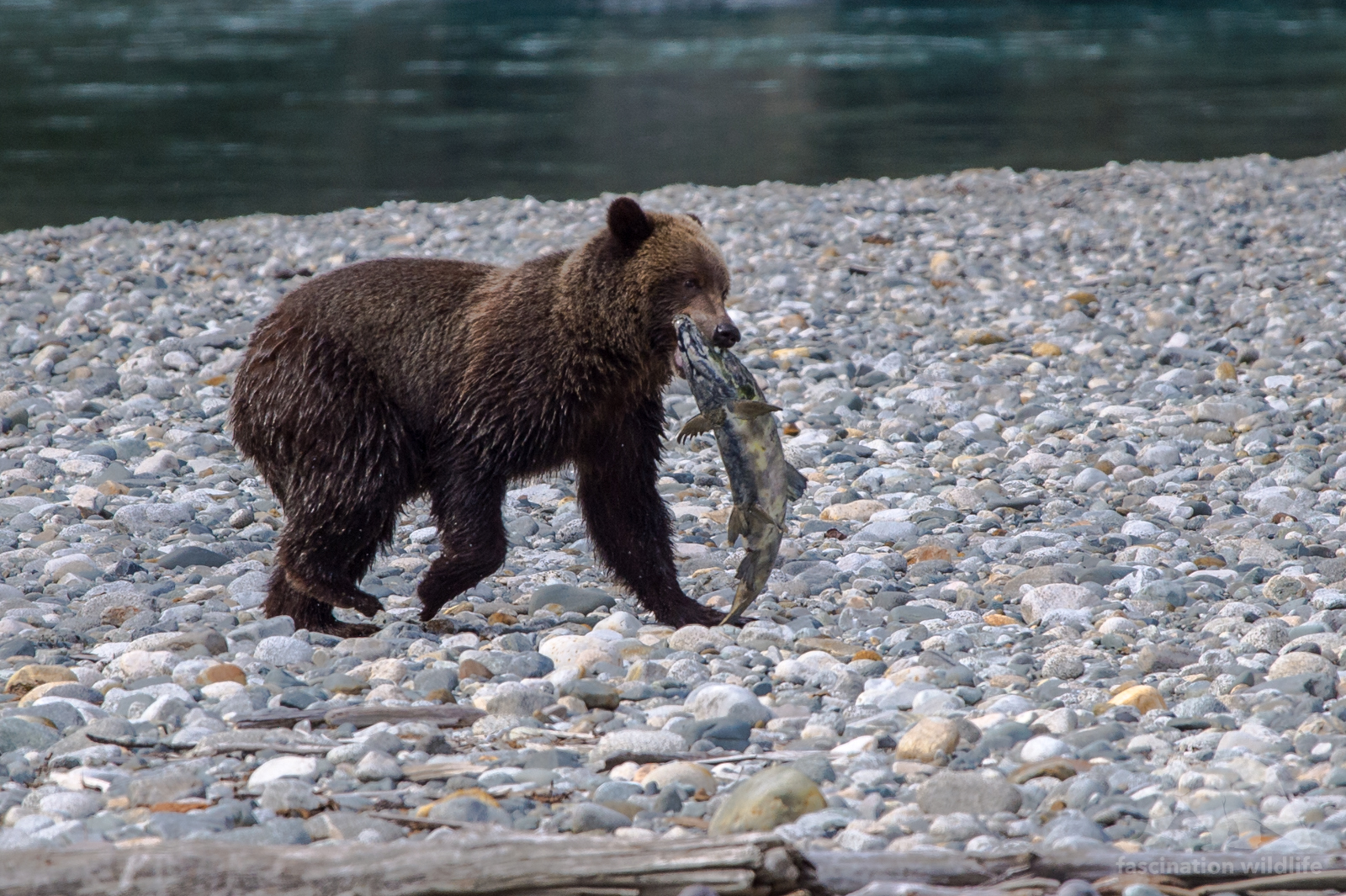 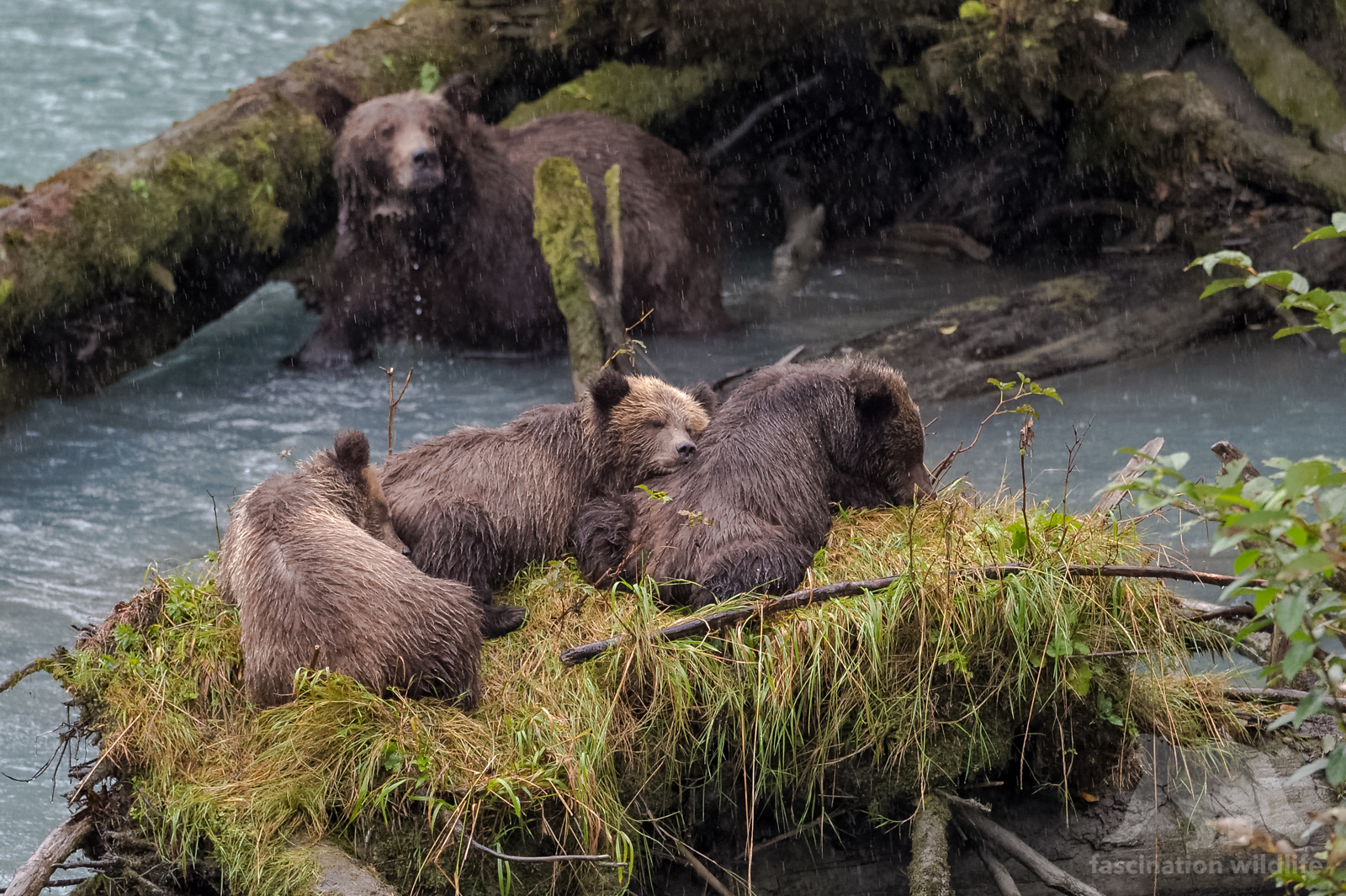 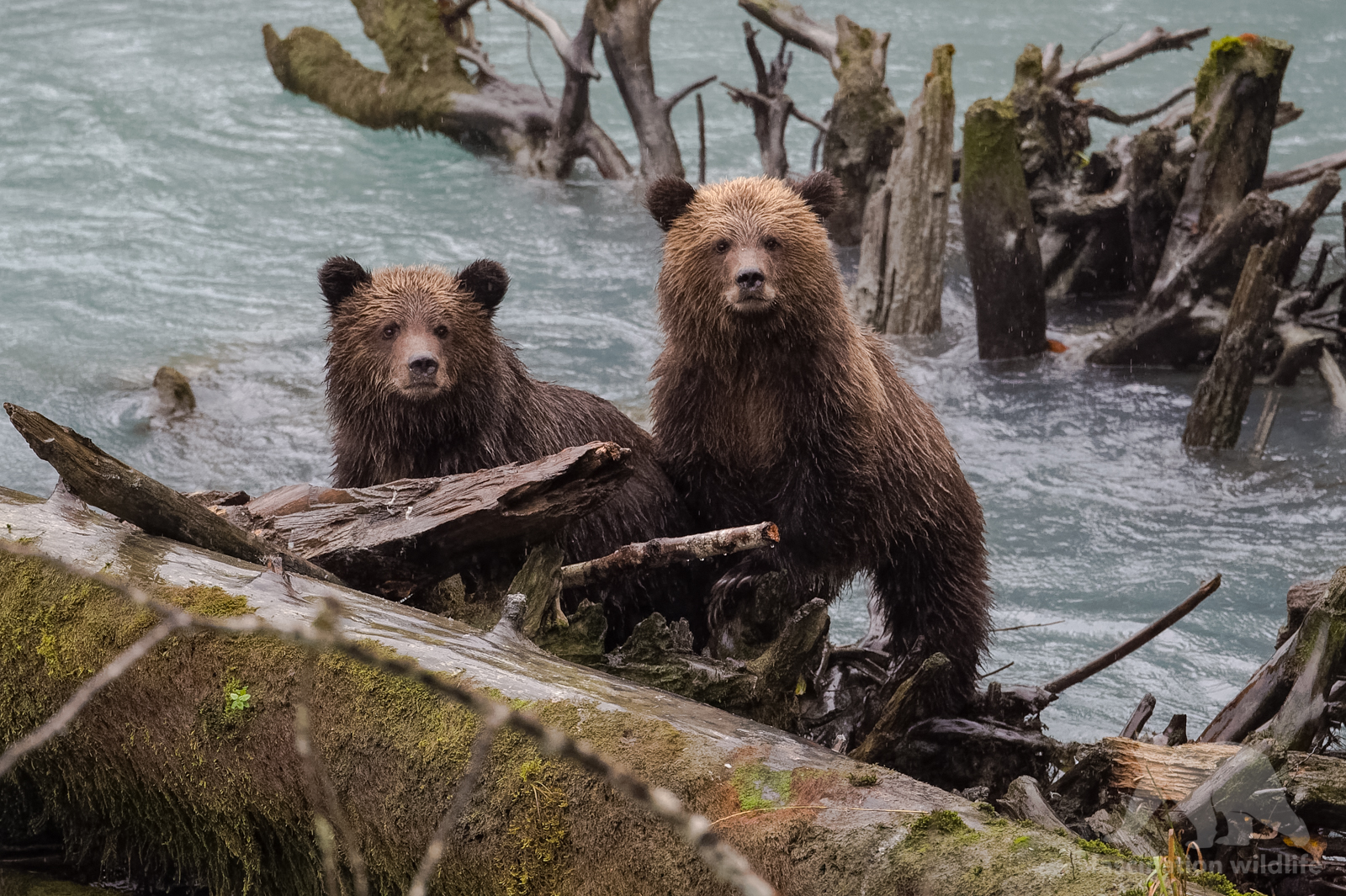 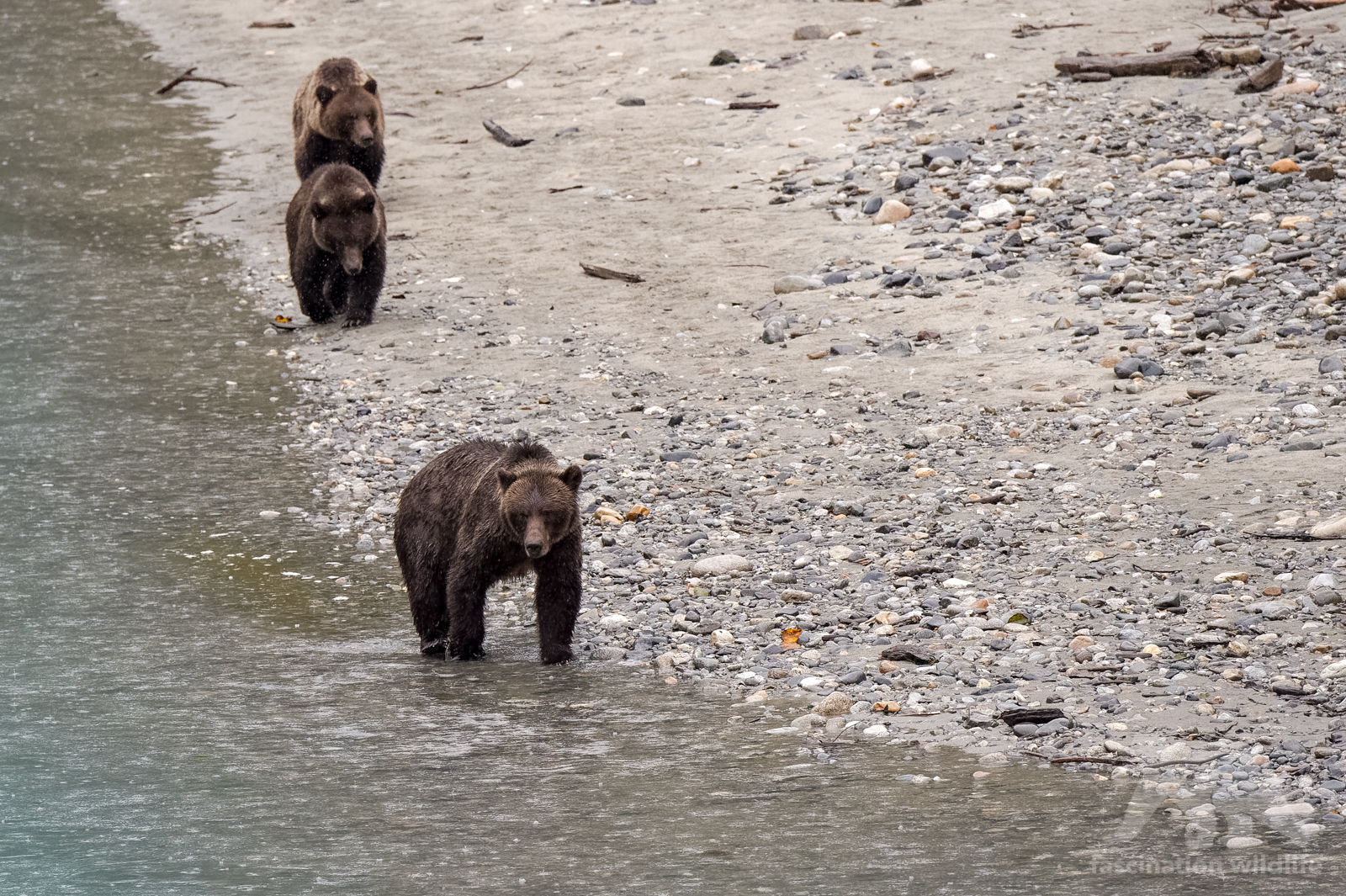 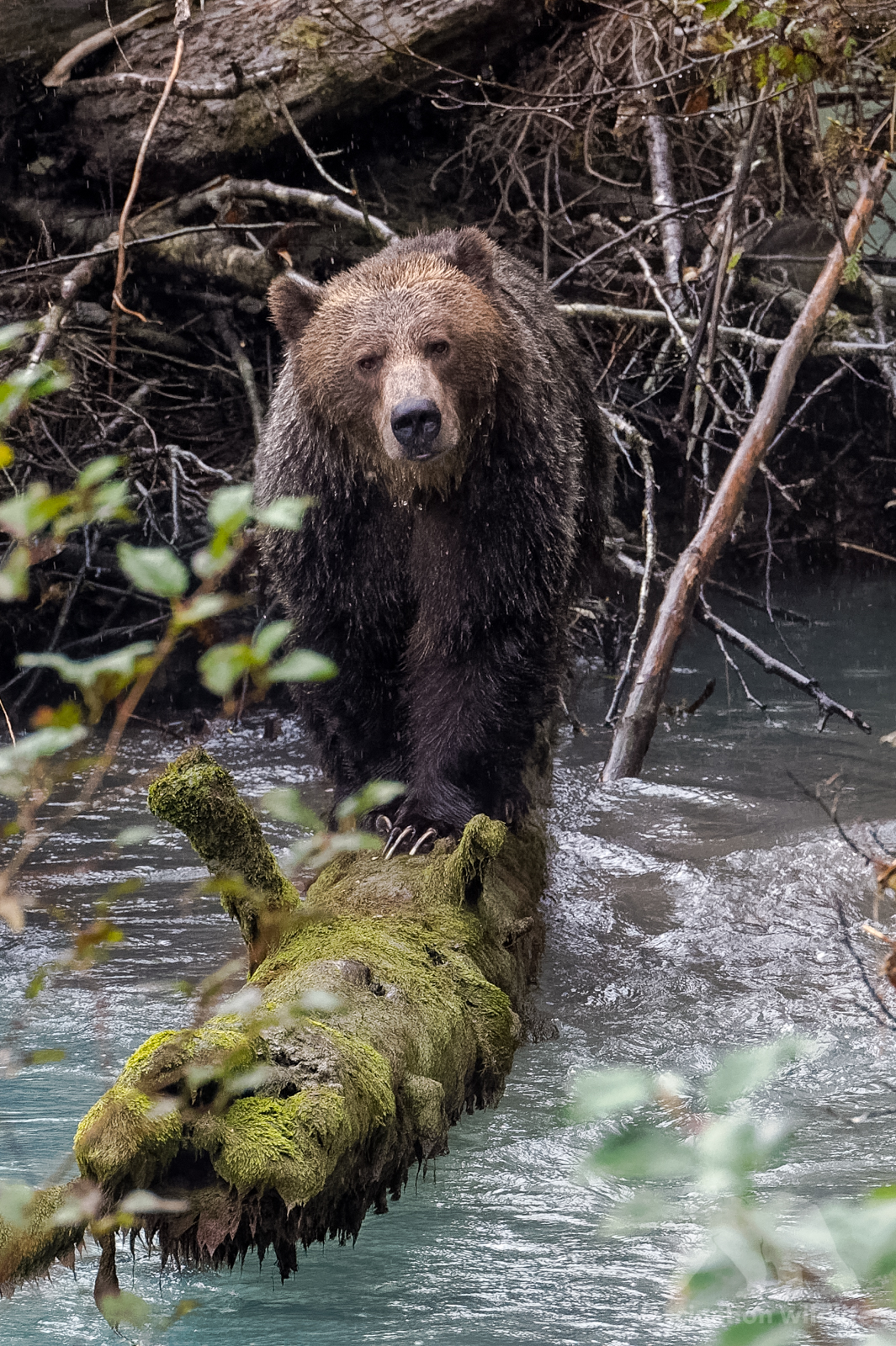 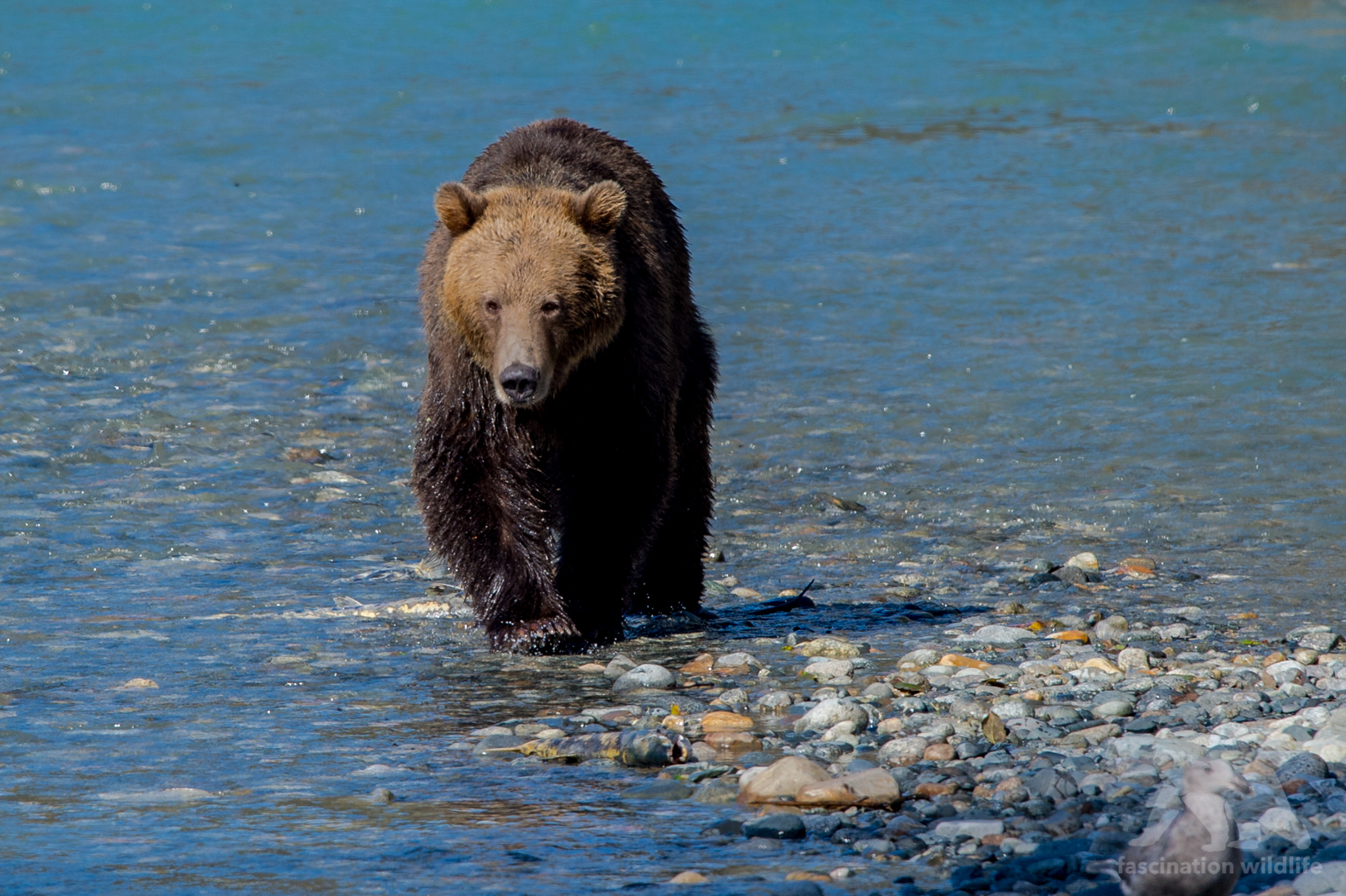 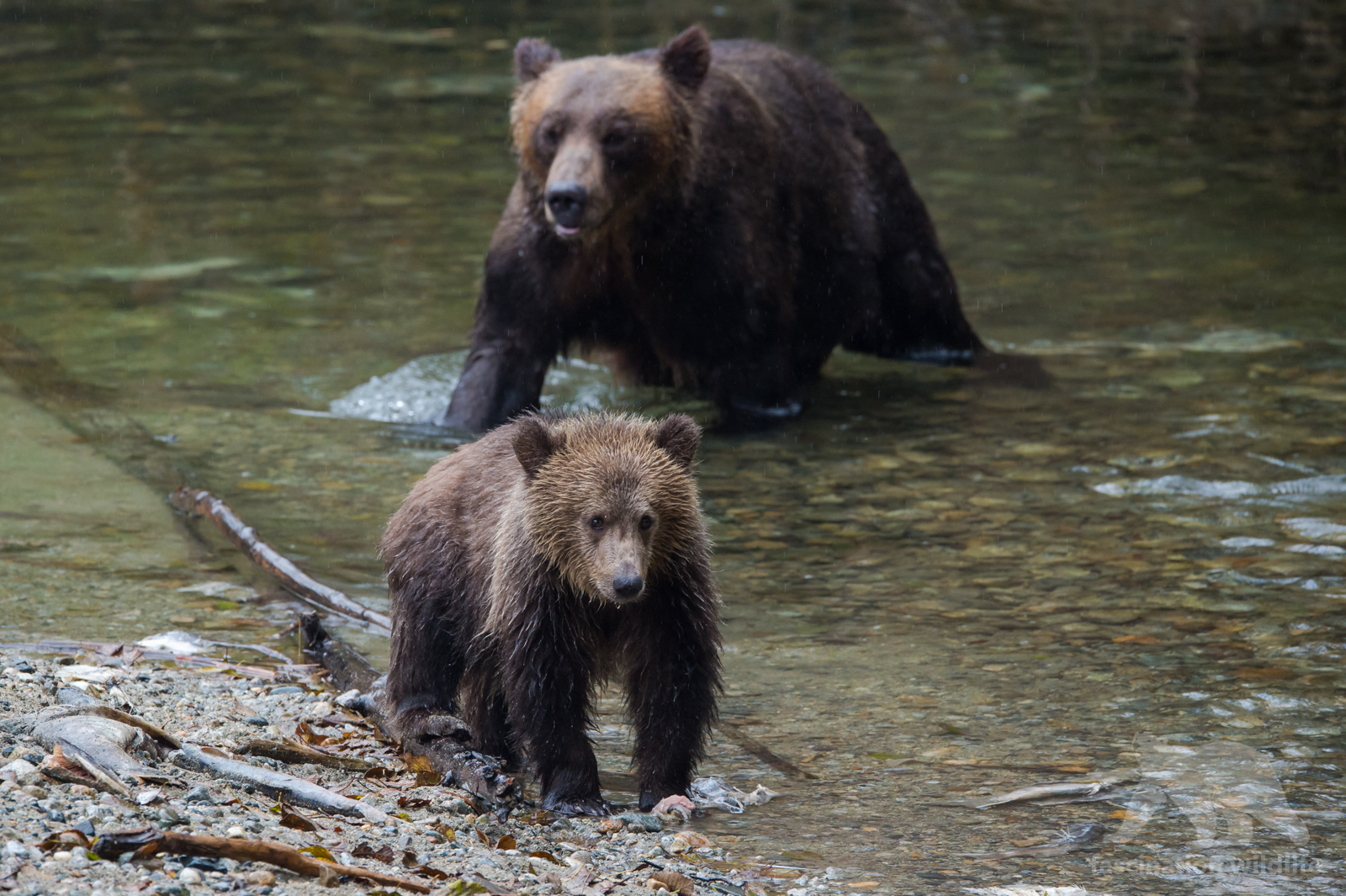 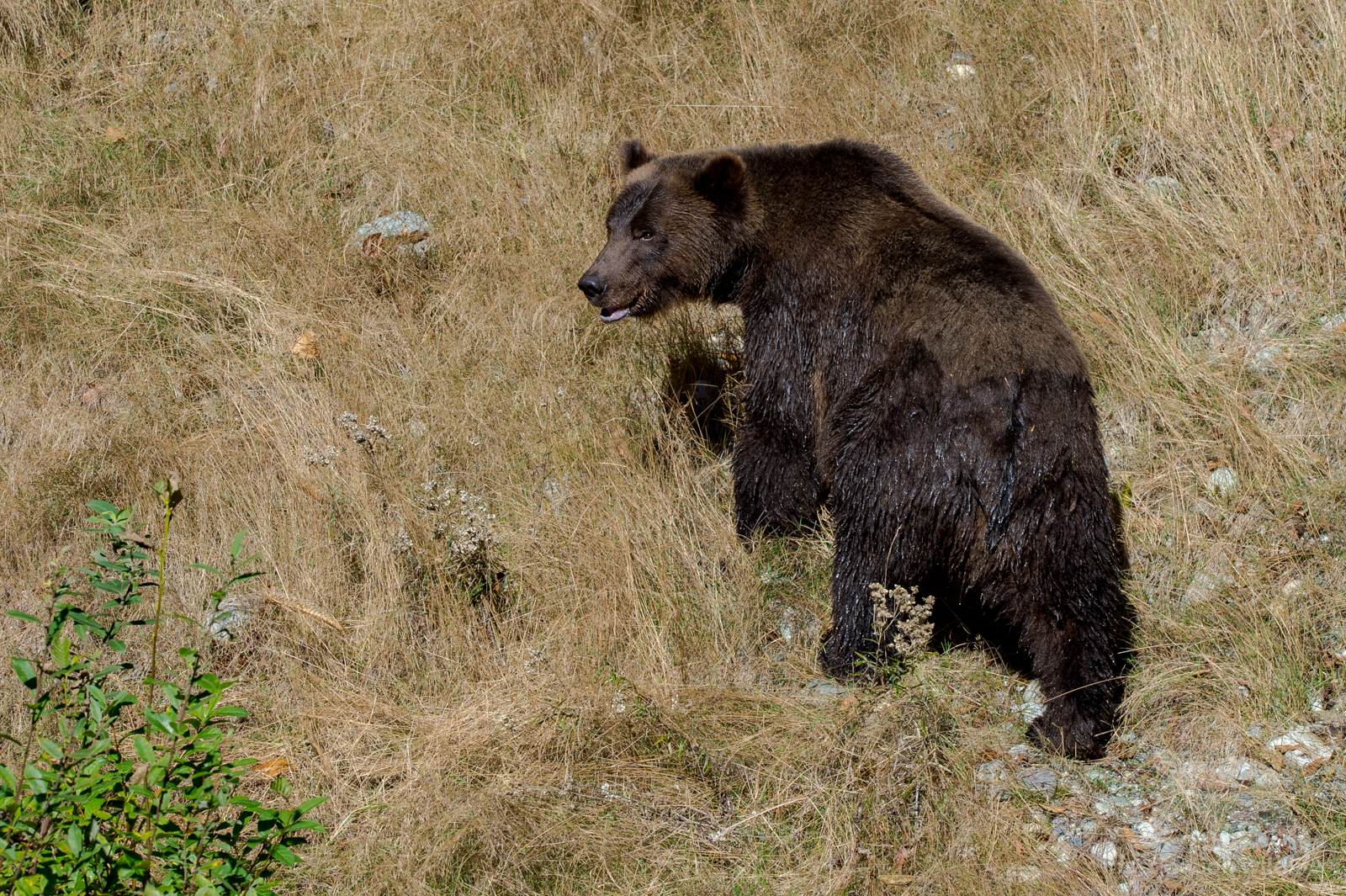 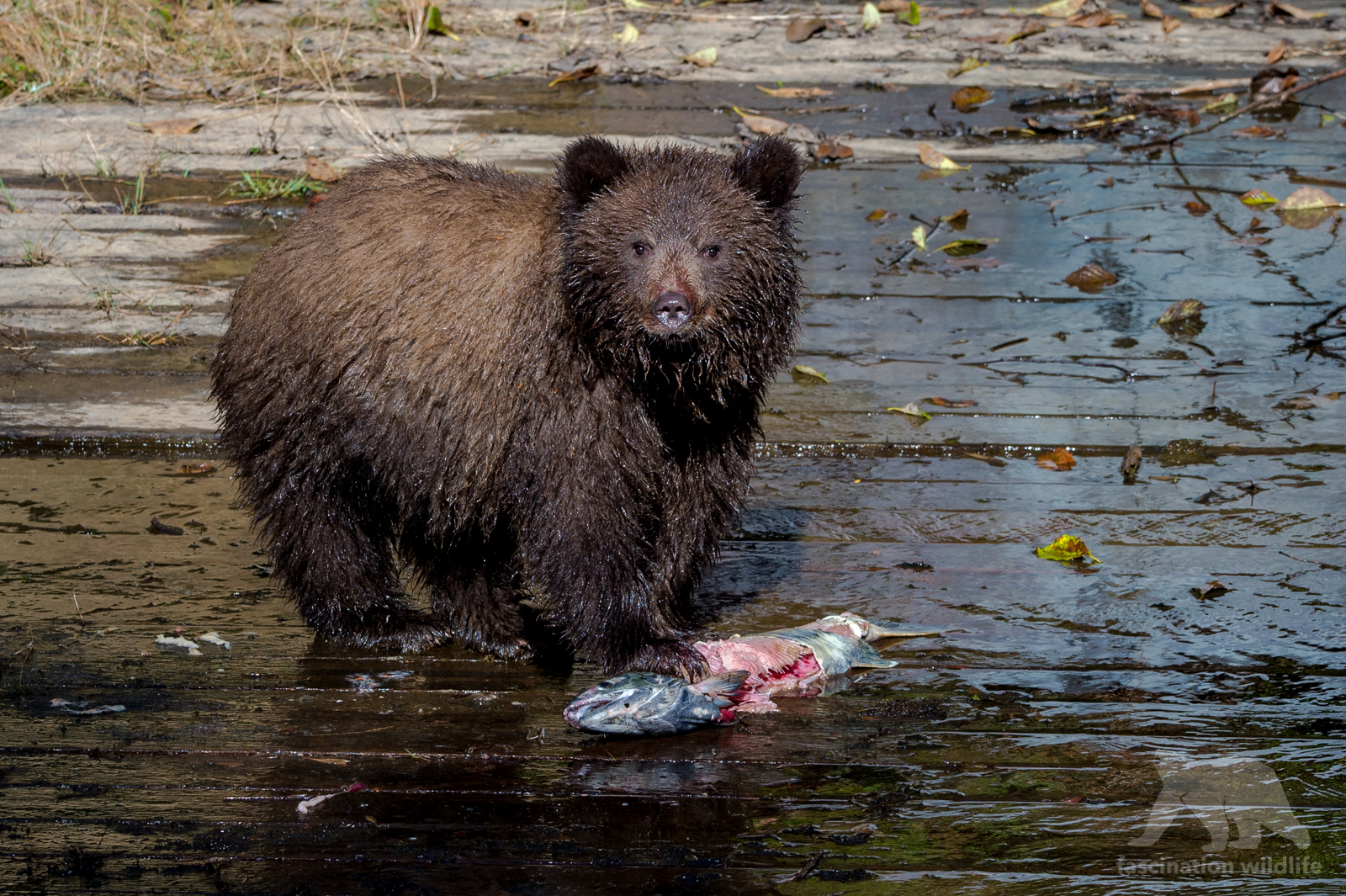 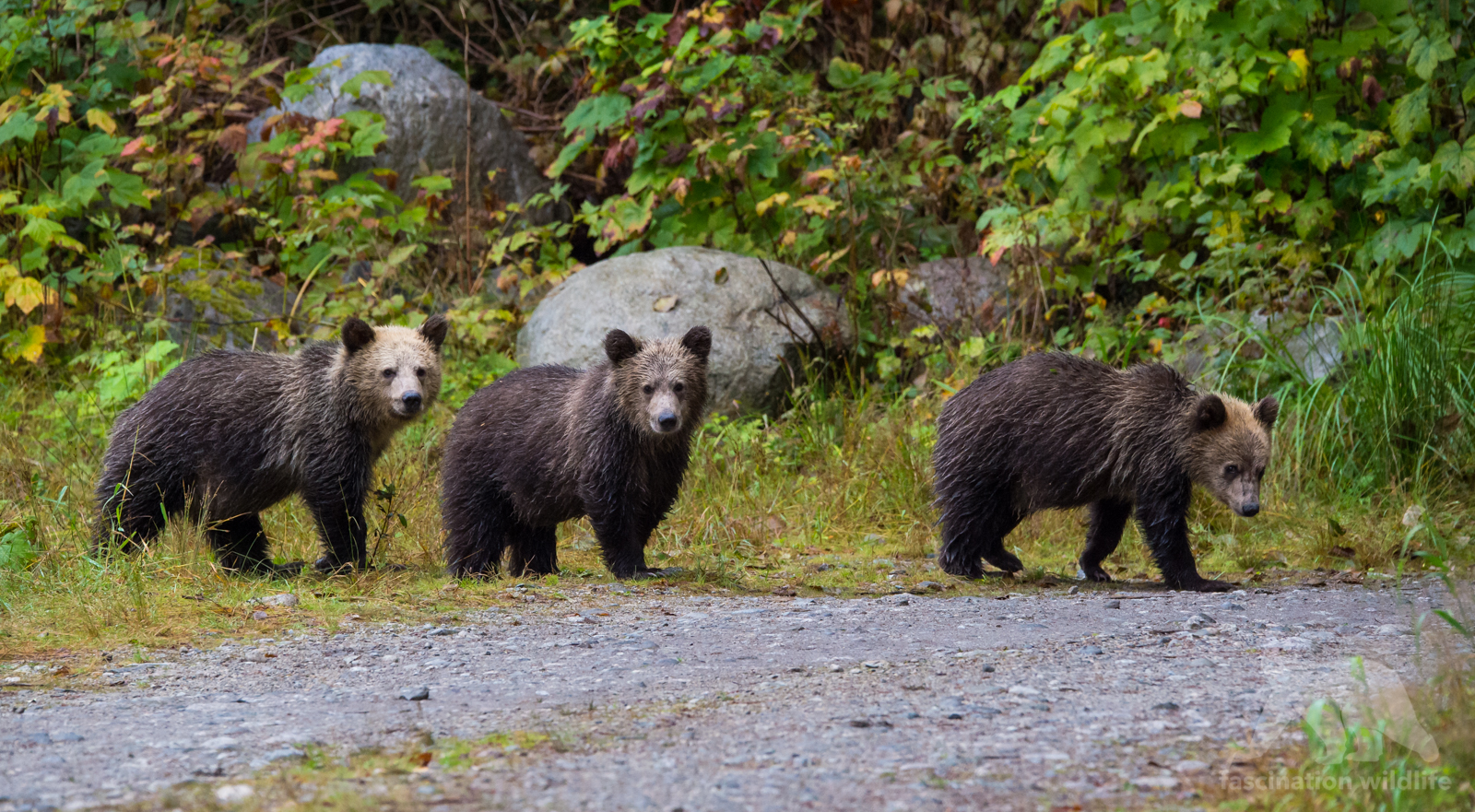 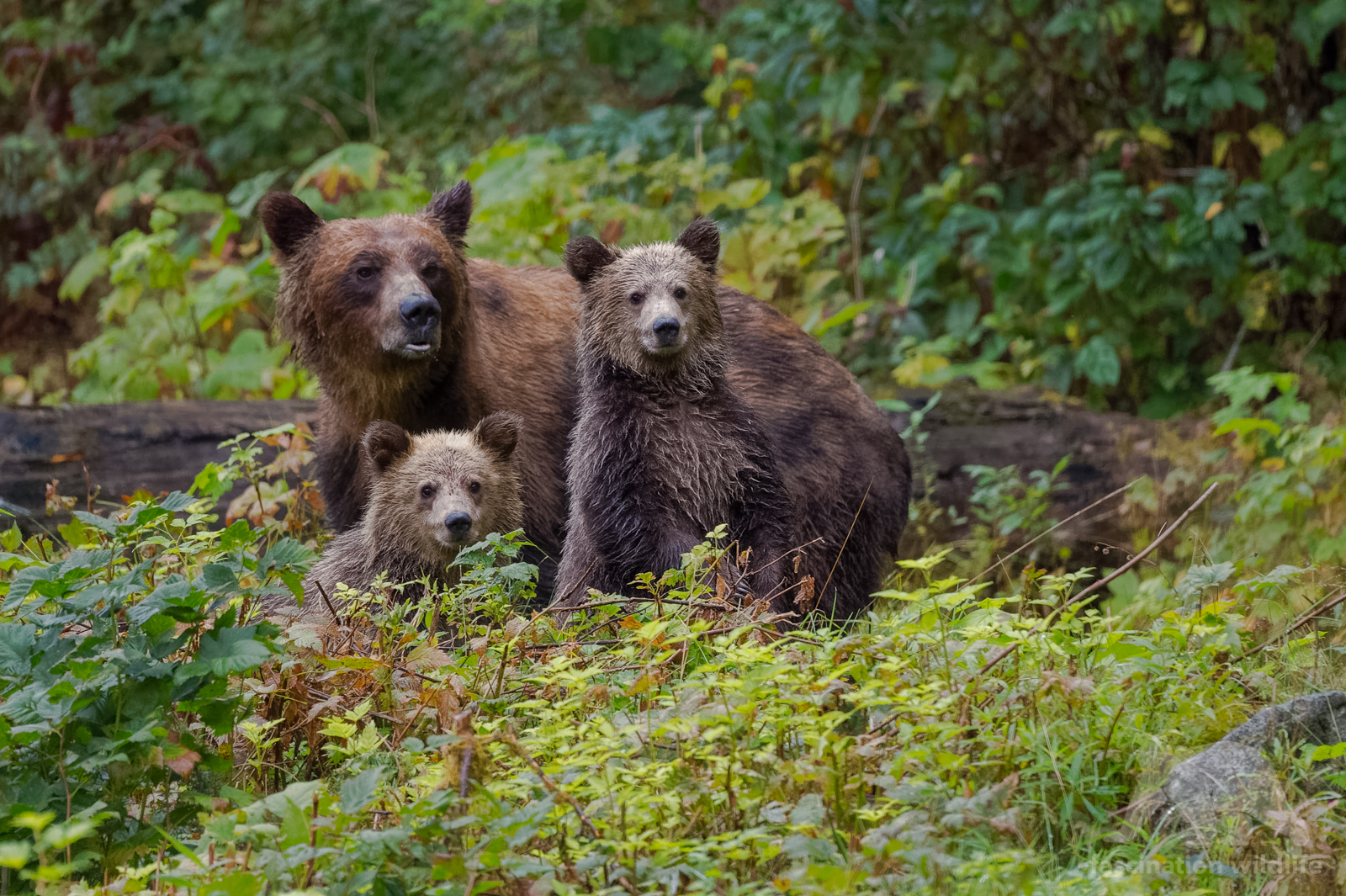